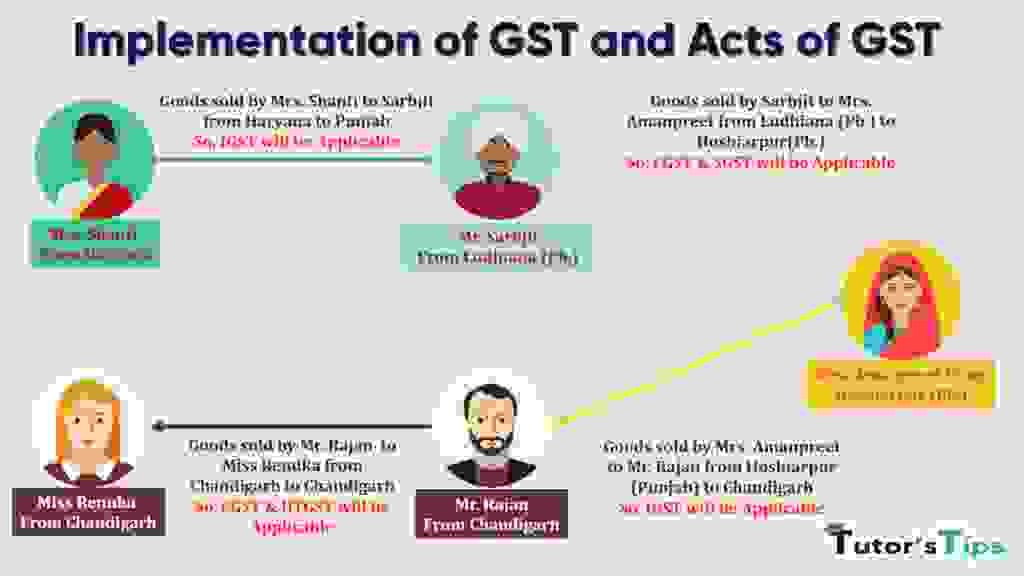 Implementation of GST was very difficult because it will subsume multiple indirect taxes and will have to apply the whole new Indirect Tax structure nationwide. It levied at every stage of where someone makes an addition to the value of goods. This Taxation system has multi-stage and will collect where its final consumption made.

From Manufacturer to End-users

The idea of GST was first mooted in India by Kelkar committee in the year 2004 but idea not implemented because of some political difference.

But after more than a decade, Implementation of GST Successfully done by govt on 01/July/2017.

For this relevant Bills passed by Lok-Sabha and Rajya Sabha

For the Relevant Following Act was made under GST

We will explain all these terms with a single example as follows:-

The rate of GST will apply to the type of goods here goods are divided into six Schedule as shown in an image.

When is Good and Services Tax(GST) Levied?

Under the old indirect taxation system, the tax was collected separately on the manufacturing of goods, sale of goods and sale of services by separate departments

Now under GST same tax will be collected on a different level of production only rates of tax will vary. As shown in diagram these will be divided into 6 parts.

The best example of Different between levied of GST or old Indirect tax is the bill of the restaurant because in restaurant bill both items include the sale of goods as well as the supply of services.

Following are the example of this: –

As the image shown that the number of taxes is subsumed into a single tax is called GST.

Thanks for reading the topic of Implementation of GST

If you have any question please ask us by commenting.


Check out our new Posts