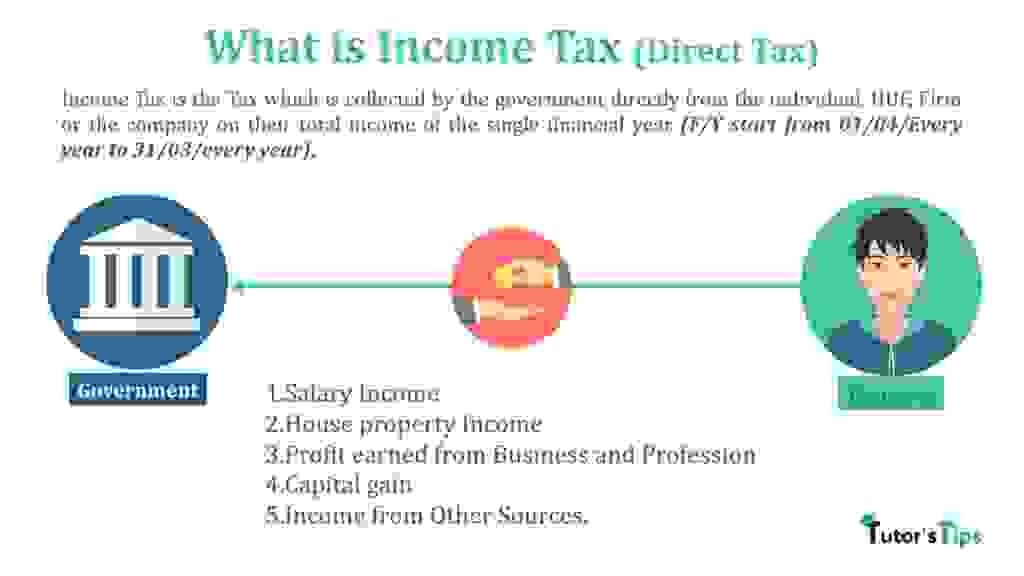 Income Tax is the Tax which is collected by the government directly from the individual, HUF, Firm or the company on their total income of the single financial year (F/Y start from 01/04/Every year to 31/03/every year). It is the responsibility of the Individual, HUF, Firm or the company to deposit the whole due amount of Income Tax to the government before or on the due date. This tax is collected by the government on the following 5 heads from the individual as shown following: –

Money or anything in kind or perquisite earned form the employer is called Salary income. For Example, Mr A received to get the following from the Tutorstips :

From the above table, we get total Salary income of Mr A which is received from the Tutorstips :

Those Incomes are treated under the head of income from House property which is earned by an individual, HUF, Firm or company from the rented houses. Rent earned from the tenant.

3. Profit earned from Business and Profession: –

Profit earned from Business and Profession is that which is earned by an individual, HUF, Firm or the company from their business or profession. Like A doctor earned money form his click.

Those Incomes are treated under the head of Capital gain which is earned by Individual from the selling of their assets. These are two types of shown as follows:

5. Income from Other Sources:

Those Incomes are treated under the head of other incomes which are left after treated all the income in the above-said heads of income tax. The example of these incomes are shown below: