A promissory note is an instrument that contains the written and signed promise by the maker(the debtor) to pay a certain amount to the creditor at the specific date or on-demand.

“A Promissory Note is writing (not being a banknote or currency note), containing an unconditional undertaking, signed by the maker to pay a certain sum of money only to or to the order of a certain person or the bearer of the instrument”.

The feature of the Promissory Note: –

The Parties Involved in the PO:-

There are three parties are involved, shown as follows:-

The maker is the person who writes the promissory note or who promise in writing to the payee(receiver) to pay a certain amount on a specific date or on the demand.

The person to whom the payment is made is known as the payee.

Bills of Exchange include the following contents: –

The title “Promissory Note” will be mention on the face of the document.

The date of drawn a bill should be written on it.

The certain amount payable will be described on it in the figures and also in words.

Every note has a unique identification number. it will be mention on it.

The name of the maker must be mention on it.

7. Signature of Maker(issuer or Borrower): –

The bill is also signed by the maker.

The format of Promissory Note: –

The following image shows the specimen of the Promissory Note: 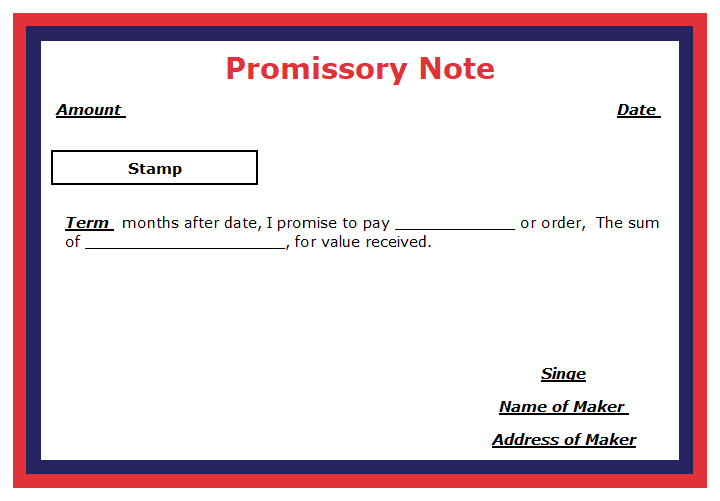 These following are the some oldest original document of the Promissory Note.

A 1926 Note from the Imperial Bank of India, Rangoon, Burma for 20,000 rupees plus interest