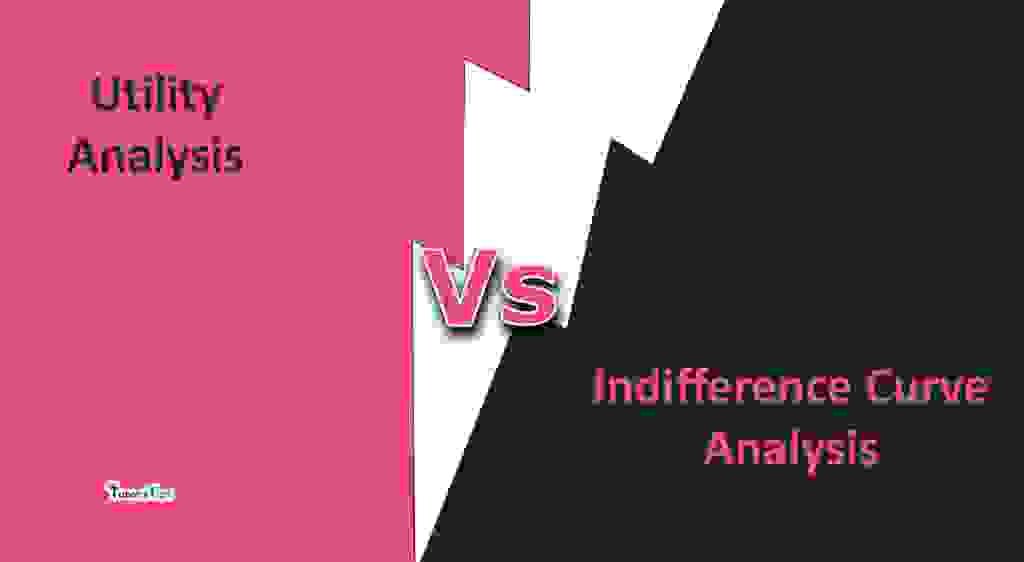 According to Prof. Hicks,” Indifference Curve is an improved version of utility analysis.”

But, Robertson believes that ” It is old wine in new bottles.”

These both statements are true in the matter of facts as these both terms are similar in some respects and some respects, the indifference curve is more practical and extensive concept than utility analysis.

To know the difference between these two, we must clear the meaning of these terms:

In Utility Analysis,  consumer Equilibrium refers to a situation where a consumer is getting maximum satisfaction by spending his income across different goods. At this situation, the consumer does not tend to change his expenditure pattern.

In other words, A consumer is in equilibrium when he allocates his limited income across different commodities to maximize his satisfaction or utility. Any change in the allocation of income will lead to a fall in total satisfaction to the consumer.

In the words of Tibor Scitovsky,

In other words, consumer’s equilibrium refers to a situation in which a consumer with given income and given prices purchases a combination of goods and services which gives him maximum satisfaction and he is not willing to make any change in it.

Chart of Difference between Utility Analysis and Indifference Curve Analysis :