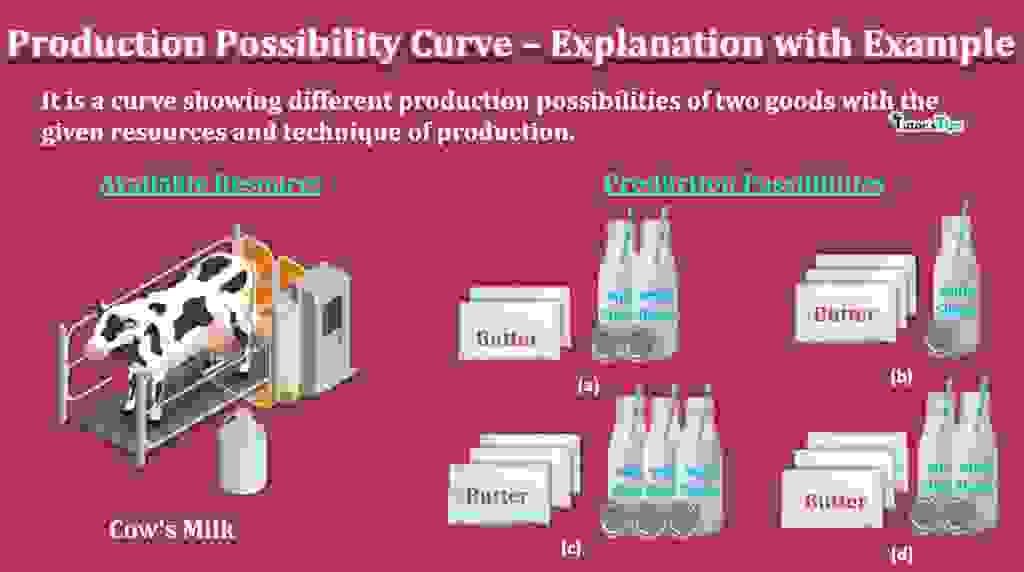 Production Possibility curve refers to the curve showing alternative possible combinations of two goods which can be produced with given resources.

In the words of Samuelson,

“Production Possibility Curve is that curve which represents the maximum amount of a pair of goods or services that can be produced with an economy’s given resources and technique assuming that all resources are fully employed.”

In fig, the quantity of butter is shown on X-axis and milkshake on Y-axis. Here, The first production possibility is 500 units of milkshake and no butter. In fig, This is marked as point A. Similarly, points B, C, D and E show different combinations of butter and milkshake. L astly, Point F shows the production possibility of 250 units of butter and no milkshake. By combining these points, we get AF curve. This curve is known as the Production Possibility or Transformation curve. Furthermore, The area beyond this curve represents unattainable combinations and area inside the curve shows the inefficient utilization of resources.